By Nancy Werner | Uncategorized, VBPNP in the Community, VBPNP In the News 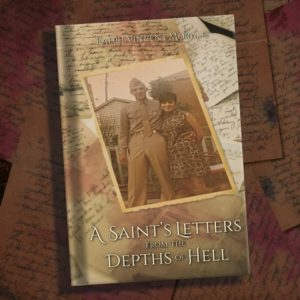 Vigorito, Barker, Patterson, Nichols & Porter, LLP is proud to announce that Seema Palmerson has joined the firm as an Associate in the Garden City office.  Prior to joining VBPNP Ms. Palmerson worked at a firm specializing in medical malpractice defense in Garden City, New York and prior to that was an attorney with the Manhattan Family Court Legal Services for the Administration for Children’s Services. We are delighted to welcome Seema aboard.

Vigorito, Barker, Patterson, Nichols & Porter, LLP is proud to announce that Nicole Salerno has joined the firm as an associate in the New Jersey office.  Prior to joining VBPNP Ms. Salerno defended general liability cases involving personal injury and property damage for national commercial clients and individual owners. We are delighted to welcome Nicole aboard.

Vigorito, Barker, Patterson, Nichols & Porter, LLP is proud to announce that Claudine Travers  has joined the firm as an Associate in the Garden City office.  Prior to joining VBPNP Ms. Travers worked as an Assistant District Attorney with the Nassau County District Attorney’s Office.  Mr. After her time with the District Attorneys  office she entered civil litigation defending claims against health care facilities, physicians and other professionals.  We are delighted to welcome Claudine aboard.

Vigorito, Barker, Patterson, Nichols & Porter, LLP is proud to announce that Nicole Rella has joined the firm as an associate in the Garden City office.  Ms. Rella graduated from St. John’s University School of Law where she served as an Articles Editor for the St. John’s Law Review.  She began her career as an Assistant District Attorney in the Queens District Attorney’s Office handling cases from initial arrest through trial. We are delighted to welcome Nicole aboard

Vigorito, Barker, Patterson, Nichols & Porter, LLP is proud to announce that Dino Litourgis has joined the firm as an associate in the Long Island office.  Prior to joining VBPNP Mr. Litourgis served as an Assistant District Attorney in the Supreme Court Trial Division of the Queens County District Attorney’s Office. We are delighted to welcome Dino aboard.

This statewide survey and awards program is designed to identify, recognize and honor the best places of employment in New York, benefiting the state’s economy, its workforce and businesses. Companies from across the state entered the two-part survey process to determine the Best Companies To Work For In New York. The first part consisted of evaluating each nominated company’s workplace policies, practices, philosophy, systems and demographics. The second part consisted of an anonymous employee survey to measure their experience. The combined scores determined the top companies and the final rankings. Best Companies Group managed the overall registration and survey process in New York and also analyzed the data and used their expertise to determine the final rankings.

By Nancy Werner | Uncategorized | No Comments 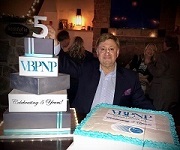 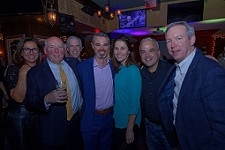 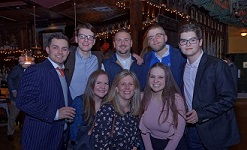 On January 9, 2020, Vigorito, Barker, Patterson, Nichols & Porter, LLP celebrated its fifth anniversary at an event in Manhattan.  Over the past year, the firm continued its steady growth, adding more than twenty lawyers and opening two new offices in Florida.  Since our founding, VBPNP has been committed to assembling the deepest bench of talented trial attorneys in our industry.  The results speak for themselves.  In the past year, all but one trial ended in a verdict for the defense, with the outlier overturned by our appellate team’s successful post-trial motion.  Seventeen of the firm’s attorneys were recognized by Super Lawyers magazine, and many were asked to lecture on a wide range of topics across the country.

Despite the firm’s exponential growth, we have maintained a culture of respect, congeniality and cooperation.  VBPNP was recognized as the top law firm to work for in the State of New York.  The firm was also active in the community, with staff from all of our offices participating in our first annual community service day.  Team members volunteered at local charities to help provide food to those in need and warm blankets to patients at Westchester Medical Center’s Maria Fareri Children’s Hospital.

In just five years, VBPNP has grown from a boutique firm of five lawyers to a multi-discipline, dynamic firm of nearly ninety attorneys and seven offices.  We would like to thank all of our staff, clients and colleagues who have contributed to our success.

On December 17, 2019, Gemma Kenney obtained a defense verdict on behalf of an orthopedic surgeon following a two week medical malpractice trial in Suffolk County Supreme Court. Plaintiff alleged the defendant surgeon negligently performed a total knee replacement procedure, injuring her medial collateral ligament and resulting in the need for a revision surgery. The patient claimed pain and suffering for a period of approximately three years, which was the time period between the surgeries. Ms. Kenney successfully demonstrated that the surgery was performed appropriately and that the revision surgery was necessitated by a separate fall, not the surgical technique.