Congratulations to Mamie Stathatos-Fulgieri for a Defense Verdict in Supreme Court, Queens County where she represented a hospital and the Emergency Department staff in a case involving the suicide death of a 20-year-old male seven hours after being discharged from the Emergency Room (ER). Plaintiff claimed that his son should have been admitted in light of a suicide gesture made prior to the presentation and his substance abuse the days prior to being brought back to the ER, coupled with his admission to an in-patient psychiatric unit a month earlier for two suicide attempts.  Ms. Stathatos-Fulgieri effectively established that a proper examination and evaluation was conducted by the psychiatric team in the ER and their decision to discharge the patient was within their professional judgment and thus, they cannot be held liable. During the cross examination of plaintiff’s expert psychiatrist, Ms. Stathatos-Fulgieri was able to compel the expert to admit that she impermissibly relied, in part, on hindsight reasoning when rendering her opinion. The judge appropriately charged the jury with the hindsight charge and not deciding the issues retrospectively. The jury returned a verdict in favor of the defense. 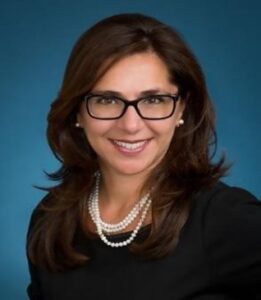